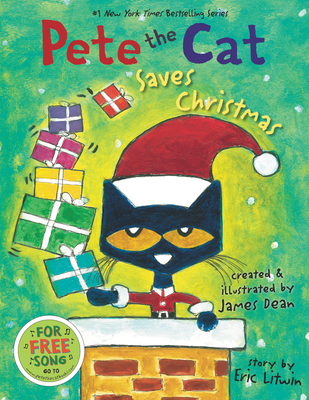 Spend the holidays with your favorite blue cat! In this rockin' spin on the traditional tale The Night Before Christmas, Pete the Cat proves that giving your all in the spirit of Christmas is the totally groovy thing to do.

This edition of Pete the Cat Saves Christmas features a gorgeous and ornate foil jacket.

The fun never stops—this book includes a sheet of full-color stickers and a link to a free downloadable song!

Don’t miss Pete’s other spin on a holiday classic, Pete the Cat’s 12 Groovy Days of Christmas.