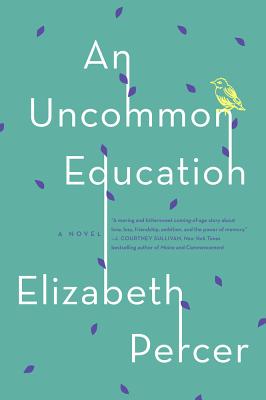 “A moving and bittersweet coming-of-age story about love, loss, friendship, ambition, and the power of memory." -J. Courtney Sullivan, author of Commencement, Maine, and Saints for All Occasions

Shy, introspective Naomi Feinstein has dreamed of a prestigious future in cardiology ever since her father’s heart attack scare. For her, becoming a doctor seems to be the only way she can create order in her messy life and perhaps one day save her mother, a deeply depressed woman who rarely has the strength to leave her own bedroom. Alienated at school, Naomi spends afternoons studying with her father, poring over textbooks, and dreaming of Wellesley College. But when her next-door neighbor Teddy, her confidant and only friend, abruptly departs from her life, it’s the first devastating loss from which Naomi is not sure she can ever recover, even after her long-awaited acceptance letter to Wellesley arrives.

But college is not all Naomi imagined it would be. Among hundreds of other girls, she is consumed by loneliness and competition where she had expected solidarity and security--until the day she sees a girl fall into a frozen lake.

This is Naomi’s introduction to Wellesley’s mysterious Shakespeare Society, the college’s oldest club, filled with secret rituals and the college's most unconventional and passionate students. Within “Shakes,” Naomi is finally able to open herself up to her peers, reflecting a little less and living a little more. Detaching from the past, replacing Einstein with Shakespeare, Naomi’s new world is exciting and liberating, until an accusation brings a scandal with irreversible consequences for Naomi and her new friends. Naomi has always tried to save the ones she loves, but part of growing up is learning that, sometimes, saving others is a matter of saving yourself.

Poignant and wise, An Uncommon Education is a heartbreaking and compelling portrait of a young woman’s quest for greatness, filled with the complicated ties of family and friendship, and the ultimate importance of learning to let go.

Praise For An Uncommon Education: A Novel…

“[Naomi demonstrates] how to make the kinds of choices that eventually lead to an uncommon but joy-filled life.”
— Oprah.com

“Elizabeth Percer relates the life story of Naomi Feinstein with beautifully scripted, lush prose drawing in the reader and providing an unobstructed view deep into the hearts of her characters. . . . An Uncommon Education is rich in history, steeped in family tradition, and full of emotion-a lesson in practiced elegance.”
— New York Journal of Books

“A fine novel and a young writer to watch.”
— Hudson Valley News

“Poet Percer’s fiction debut is an intimate portrait of an intelligent, tender girl with a deep wish to protect those she loves.”
— Publishers Weekly

“Bonds of love, family and friendship, sometimes damaged or beyond repair, are nevertheless celebrated in an intense debut by a noted poet. . . . [A] thoughtful coming-of-age tale that hovers observantly on the edge of melancholia.”
— Kirkus Reviews

“Percer’s lyrical novel has much to offer.”
— Booklist

“A moving and bittersweet coming-of-age story about love, loss, friendship, ambition, and the power of memory. This complex and satisfying tale introduces a cast of quirky, hilarious, intellectual young women, struggling to find their place in the world.”
— J. Courtney Sullivan, New York Times bestselling author of Maine and Commencement

“Eloquent, haunting and exquisitely written, Percer’s stunning debut finds surprising beauty in the broken places of our lives. Here, winning can’t mute pain, but love endures despite the odds, and the education of a remarkable young woman is as uncommonly original as this novel itself.”
— Caroline Leavitt, New York Times bestselling author of Pictures of You

“Haunting and poignant, Elizabeth Percer’s coming-of-age novel portrays a bright young woman confronting her limits as she watches those she loves deal with illness and betrayal. Each turn of this elegiac debut revealed stark truths that left me both moved and astonished.”
— Lauren Belfer, New York Times bestselling author of A Fierce Radiance and City of Light

“It’s impossible not to care about Naomi Feinstein . . . An Uncommon Education beautifully [brings] Naomi to the Bard (the play’s the thing), but also gives the reader something much rarer--a world, and a life, that seem real.”
— Nicole Mones, author of Lost in Translation and The Last Chinese Chef

Elizabeth Percer is a three-time nominee for the Pushcart Prize and has twice been honored by the Dorothy Sargent Rosenberg Foundation. She received a BA in English from Wellesley and a PhD in arts education from Stanford University, and completed a postdoctoral fellowship for the National Writing Project at UC Berkeley. She lives in California with her husband and three children. All Stories Are Love Stories is her second novel.