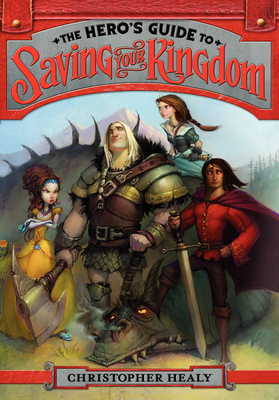 The Hero's Guide to Saving Your Kingdom

“One of the more clever, hilariously successful incarnations of the current literary rage to rip apart and rewrite fairy tales… The princes in “The Hero’s Guide” may not be charming, but Healy’s romp of a book about them most certainly is.” — Los Angeles Times

“The premise is indeed charming…a quest that recalls at moments the Musketeers and at others, the Marxes.” — New York Times Book Review

“The fairy-tale world is tongue-in-cheek but fleshed out, creating its own humor rather than relying on pop-culture references. Healy juggles with pitch-perfect accuracy, rendering the princes as goobers with good hearts and individual strengths, keeping them distinct and believable. Inventive and hilarious.” — Kirkus Reviews (starred review)

“This is the most fun you can have short of rounding up King Arthur’s knights, filling their armor with laughing gas, and driving them to a roller disco.” — Frank Cottrell Boyce, New York Times bestselling author of COSMIC