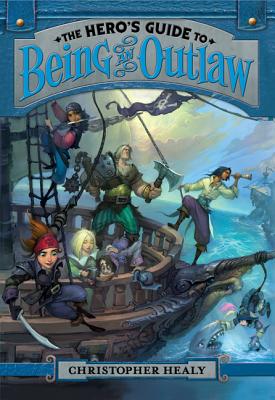 The Hero's Guide to Being an Outlaw

The League of Princes returns in the hilariously epic conclusion to Christopher Healy's hit series, which Kirkus Reviews called "part screwball comedy, part sly wit, and all fun" in a starred review!

Prince Liam. Prince Frederic. Prince Duncan. Prince Gustav. You think you know those guys pretty well by now, don't you? Well, think again. Posters plastered across the thirteen kingdoms are saying that Briar Rose has been murdered—and the four Princes Charming are the prime suspects. Now they're on the run in a desperate attempt to clear their names. Along the way, however, they discover that Briar's murder is just one part of a nefarious plot to take control of all thirteen kingdoms—a plot that will lead to the doorstep of an eerily familiar fortress for a final showdown with an eerily familiar enemy.


Praise For The Hero's Guide to Being an Outlaw…