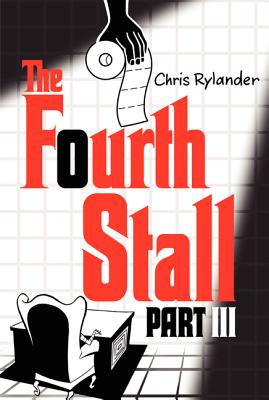 The story of Mac, Vince, and middle-school organized crime comes to its thrilling conclusion in the third book of Chris Rylander’s Fourth Stall saga, a series that combines a Godfather-like tale of crime and betrayal with hilarious school comedy à la Jack Gantos.

Their business is finished, and Mac’s and Vince’s lives have become something they have never been before—simple. None of the fortune or the glory, none of the risk or the threat of juvenile prison. There’s even a new business that has stepped in to take its place (and take the heat off Mac and Vince for once). Things couldn’t be better.

But that was before things at their middle school started to go haywire. Before they found out that there’s a new crime boss at a school another town over trying to consolidate power. And before their old nemesis, Staples, came back to town begging for help after his stint in the clink. Just when Mac and Vince thought they were out, the business pulls them back in. But this time, will they be able to escape with their lives and their permanent records intact?

Readers will be flushed with excitement to follow Mac’s operations from the fourth stall. — Kirkus Reviews, about THE FOURTH STALL PART II

Rylander uses the slow build to set the noir feel of the novel, creating an antihero protagonist who is hard not to like and respect. Fans…will not be disappointed. — Voice of Youth Advocates (VOYA), about THE FOURTH STALL PART II

Mac narrates the…tale with the arch flatness of a 1940s satire of the noir detective genre.…Excellent. — ALA Booklist, about THE FOURTH STALL

Rylander mines a substantial amount of humor and heart from this combination hard-boiled crime novel and middle-grade character piece. A light and enjoyable caper. — Publishers Weekly, about THE FOURTH STALL

Do yourself a favor. Read it. Now. — Jon Scieszka, about THE FOURTH STALL