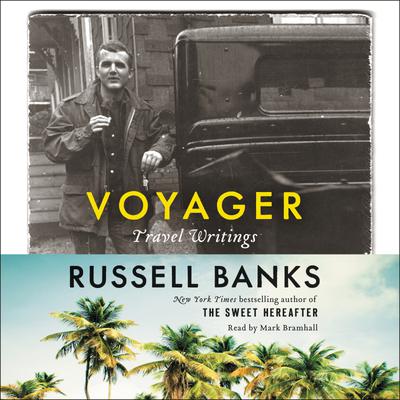 The acclaimed, award-winning novelist takes us on some of his most memorable journeys in this revelatory collection of travel essays that spans the globe, from the Caribbean to Scotland to the Himalayas.

In each of these remarkable essays, Banks considers his life and the world. In Everglades National Park this “perfect place to time-travel,” he traces his own timeline. “I keep going back, and with increasingly clarity I see more of the place and more of my past selves. And more of the past of the planet as well.” Recalling his trips to the Caribbean in the title essay, “Voyager,” Banks dissects his relationships with the four women who would become his wives. In the Himalayas, he embarks on a different quest of self-discovery. “One climbs a mountain not to conquer it, but to be lifted like this away from the earth up into the sky,” he explains.

Russell Banks is one of America's most prestigious fiction writers, a past president of the International Parliament of Writers, and a member of the American Academy of Arts and Letters. His work has been translated into twenty languages and has received numerous prizes and awards, including the Common Wealth Award for Literature. He lives in upstate New York and Miami, Florida.