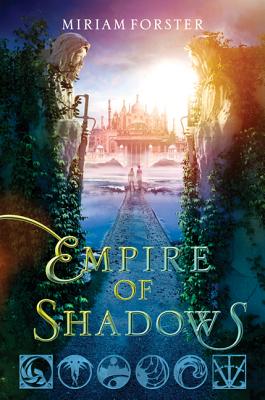 Perfect for fans of romantic fantasies like The Girl of Fire and Thorns and Graceling, Empire of Shadows takes readers on a spellbinding journey into a world with a divided society, deadly courtiers, heroic traitors, and deeply laid conspiracies.

Cast out by her family three years ago, Mara turned to the only place that would take her—an order where students train to protect others. But Mara is stunned when guarding a noble girl in the Empire's capital turns out to be more dangerous than she could've imagined. More shocking still, Mara finds the boy she thought she'd lost forever outside the gates of her new home.

Mara knew the dizzying capital city would hold dangers. How could she have known that her heart, as well as her life, would be at stake?


Praise For Empire of Shadows…

“Fans of fantasy will enjoy the magical elements, while the subtle commentary of the novel’s stratified society lends it a dystopian vibe similar to Veronica Roth’s Divergent that will appeal to readers outside of the fantasy genre.” — School Library Journal

“An engrossing, complicated fantasy.” — ALA Booklist

“A fantastical murder mystery with a creative premise, heart-pounding pacing, and characters with secrets to keep.” — Cinda Williams Chima,author of the best-selling Seven Realms series

“With fantastic world building and a wonderful heroine, CITY OF A THOUSAND DOLLS intrigued me from the first page.” — Cindy Pon, author of Silver Phoenix

“The mystery here is a fine one, and the concept of the City is well-executed. As Nisha must choose between remaining within the cloistered safety of the City or taking her chances with the outside world, her dilemma will be familiar with teens looking toward adulthood.” — Bulletin of the Center for Children’s Books

Miriam Forster is a recovering barista and former bookseller who is obsessed with anthropology, British television, and stories of all kinds. She lives in Oregon with her husband and her cat. City of a Thousand Dolls was her debut novel.