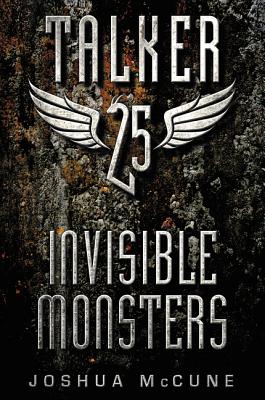 In this sequel to Talker 25, which Publishers Weekly said “packs a significant punch,” Joshua McCune once again keeps readers on the edge of their seats with a gritty and masterful reimagining of popular dragon fantasy set in a militant future.

Set in a not-too-distant future where dragon wars have shaped society, the battle between the dragon resistance and government forces escalates in Joshua McCune’s thrilling and heart-pounding sequel to Talker 25, which The Horn Book praised as “absolutely gripping and absolutely horrifying.” Finally free after spending three months locked in a secret government facility, where she was forced to torture and assassinate dragons for the popular television series Kissing Dragons, all Melissa Callahan wants is a quiet recovery. Hiding in an Alaskan cave with fellow escapee Allie (known as Talker 21), Melissa does her best to stay out of the dragon politics. However, when a group of rebels called the Diocletians discovers their hideout and captures Allie, Melissa soon realizes she must finally choose who she’s fighting for—the humans or the dragons.