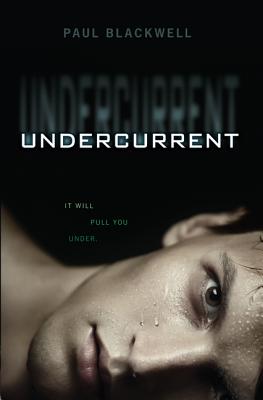 In Undercurrent, Paul Blackwell’s fast-paced YA thriller, sixteen-year-old Callum Harris survives a plummet over a waterfall, but wakes to find himself in a life that’s totally different from the one he knew.

His parents were separated. Now they’re together. His brother Cole was a sports star. Now he’s paralyzed. And Callum, who used to be quiet and sort of unpopular, is suddenly a jock with two hot girls after him.

But there’s one difference that matters more than all the others combined: His former best friend wants Callum dead. And he isn’t the only one.

Tense and original, Undercurrent is a psychological thrill-ride with sci-fi elements that will appeal to fans of Neil Gaiman and Neal Shusterman.

“A menacing, suspenseful thriller. Hand this to fans of Mary Pearson’s The Adoration of Jenna Fox (2008), Michael Grant and Katherine Applegate’s Eve and Adam (2012), and the novels of Neal Shusterman.”
— Booklist

Paul BLackwell never went over a waterfall himself, but he has jumped off a sixty-foot cliff. Once was enough.

This is his first book for teens. He lives in Montreal, Quebec.