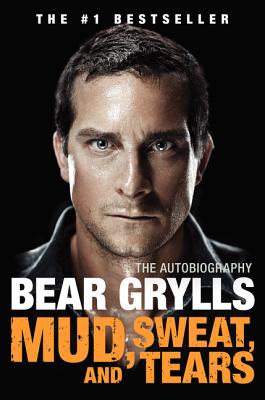 Already a #1 London Sunday Times Bestseller, Mud, Sweat, and Tears is the adrenaline-fueled autobiography of the mega-popular star of the hit survival series Man Vs. Wild, adventurer Bear Grylls. A former British Special Forces commando, a man who has always sought the ultimate in dangerous challenges, Bear’s true story reads like an outdoors action and adventure novel. But Bear’s story is true—full of breathtaking escapes and remarkable exploits that would make any Jack London or H. Ryder Haggard hero proud.


Praise For Mud, Sweat, and Tears: The Autobiography…

Mud, Sweat, and Tears is required reading for fans of Man vs. Wild but also for anyone who revels in first-person stories of high adventure.”
— BOOKLIST

“I cannont think of anyone who has faced challenges and overcome them like Bear Grylls.”
— GENERAL CHARLES GUTHRIE, Colonel Commandant of the SAS

“Mud, Sweat, and Tears flows with the verve of an engaging novel and forms a satisfying life story brimming with excitement and adventuresome risk-taking. An inside look at the makings of an intrepid, insatiable explorer. ”
— KIRKUS REVIEWS

Bear Grylls has become known around the world as one of the most recognized faces of survival and outdoor adventure. His journey to this acclaim started in the UK, where his late father taught him to climb and sail. Trained from a young age in martial arts, Bear went on to spend three years as a soldier in the British Special Forces, serving with 21 SAS. It was here that he perfected many of the skills that his fans all over the world enjoy watching him pit against mother-nature.

His TV show Man Vs Wild and Born Survivor became one of the most watched programmes on the planet with an estimated audience of 1.2 billion. He also hosts the hit adventure show 'Running Wild' on NBC in America, as well as 'The Island with Bear Grylls' & 'Bear's Wild weekends' for Channel 4 in the UK.

He is currently the youngest ever Chief Scout to the UK Scout Association and is an honorary Lt-Colonel to the Royal Marines Commandos.

He has authored 14 books including the number one Bestseller: Mud, Sweat & Tears.