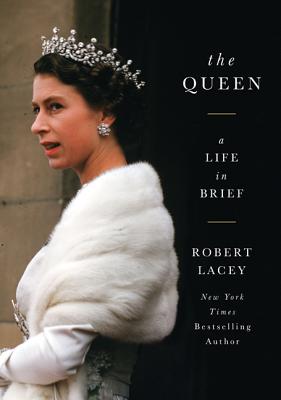 A Life in Brief

Elizabeth II was not born to be queen. She came into the world on April 21, 1926, the equivalent of the modern Princess Beatrice, first-born daughter of the Duke of York, destined to flutter on the royal fringe. So while Lilibet was brought up with almost religious respect for the crown, there seemed no chance of her inheriting it. Her head was never turned by the personal prospect of grandeur—which is why she would prove so very good at her job. Elizabeth II's lack of ego was to prove the paradoxical secret of her greatness.

For more than thirty years, acclaimed author and royal biographer Robert Lacey has been gathering material from members of the Queen's inner circle—her friends, relatives, private secretaries, and prime ministers. Now, in The Queen, Lacey offers a life of the celebrated monarch, told in six succinct chapters, accentuated by elegant color and black-and-white photographs that capture the distinctive flavor of passing eras and reveal how Elizabeth II adapted—or, on occasions, regally declined to adapt—to changing times.

Robert Lacey is the New York Times bestselling author of twenty books, including The Queen; Ford: The Men and the Machine; The Year 1000; and Inside the Kingdom. He lives in London.


Praise For The Queen: A Life in Brief…

“Lacey employs a meticulous, fluid writing style that steers clear of tabloid-type sensationalism for a restrained, dignified approach and a level of intimacy with more than a few emotional peaks.”
— Publishers Weekly
or support indie stores by buying on
(This book is on backorder)
Copyright © 2020 American Booksellers Association