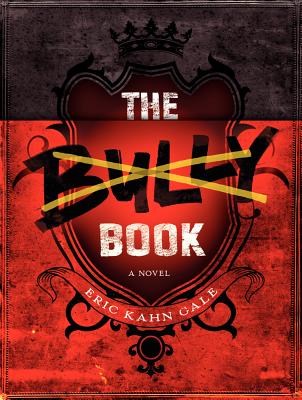 “Eric has recently begun sixth grade and just wants to be normal and stay out of trouble. Unfortunately, other sixth-grade boys and even his best friend from the previous school year have decided he would make the perfect Grunt. But why him? Eric is determined to find the answer as he knows the bullying will follow him until he graduates. Gale felt the same insults and name calling at the same age and decided to write The Bully Book for all those who have been singled out as Grunts. An important book not just for students, but also for teachers and parents as they seek to stop the trauma of bullying that can last a lifetime.”
— Karen Briggs, Great Northern Books and Hobbies, Oscoda, MI
View the List

What is The Bully Book? Part mystery, part tragedy, part comedy. Originally self-published as an ebook by a member of Team Starkid, The Bully Book is now available in hardcover, paperback, and ebook editions. The paperback includes a Q&A with the author.

Eric Haskins, the new sixth-grade bully target, is searching for answers. And unlike many of us who experienced something awful growing up, he finds them. Though they may not be what he expected.

When the author was eleven, he was bullied. This book is loosely based on incidents that happened to him in sixth grade.


Praise For The Bully Book: A Novel…

“[A] gripping debut novel...a layered and attention-grabbing mystery. Gale’s accounts of bullying are subtle and chilling, but readers will finish the book believing that the humiliations Eric suffers can be conquered.”
— Publishers Weekly

“A compelling and unusual look at a complex and intractable problem that succeeds admirably as story as well.”
— Kirkus Reviews

Eric Kahn Gale is the author of The Bully Book, his first novel. He lives in Chicago.