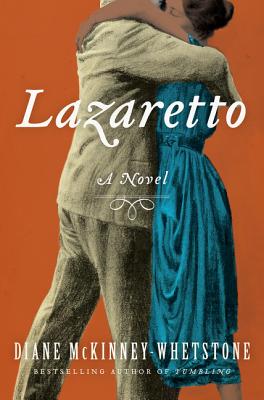 This stunning new novel from Diane McKinney-Whetstone, nationally bestselling author of Tumbling, begins in the chaotic backstreets of post–Civil War Philadelphia as a young black woman gives birth to a child fathered by her wealthy white employer.

In a city riven by racial tension, the father’s transgression is unforgivable. He has already arranged to take the baby, so it falls to Sylvia, the midwife’s teenage apprentice, to tell Meda that her child is dead—a lie that will define the course of both women’s lives. A devastated Meda dedicates herself to working in an orphanage and becomes a surrogate mother to two white boys; while Sylvia, fueled by her guilt, throws herself into her nursing studies and finds a post at the Lazaretto, the country’s first quarantine hospital, situated near the Delaware River, just south of Philadelphia.

As Sylvia races to save the victim, the fates of Meda’s beloved orphans also converge on the Lazaretto. Long ago, one “brother” committed an unthinkable act to protect the other, sparking a chain of events that now puts the Lazaretto on lockdown. Here conflicts escalate, lies collapse, and secrets begin to surface; like dead men rising, past sins cannot be contained.

“In this masterful work of historical fiction, Diane McKinney-Whetstone seamlessly transports us to Philadelphia in the aftermath of the Civil War and Lincoln’s assassination, beautifully evoking powerful stories of love, friendship and humanity amid the vibrant black community that flourished amid the troubled times.”
— Largehearted Boy

“Even the air is palpable in Tumbling. . . . The story moves forth on the power of Ms. Mckinney-Whetstone’s characters. Ms. McKinney-Whetstone captures the formidable struggle to protect both a community and a family.”
— New York Times Book Review

“A bouncy, moody, musical debut by an author who, like a good blues singer, is strong on style and interpretation. . . . A gifted prose writer with a tremendous sense of place.”
— Kirkus Reviews