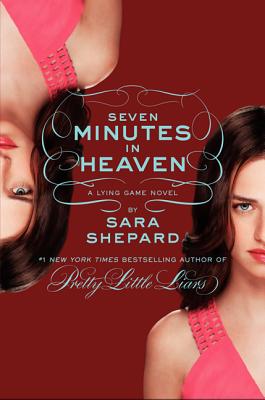 Sutton Mercer had the perfect life, great friends, and a gorgeous boyfriend—until she was murdered. Then the killer forced Sutton's long-lost twin sister, Emma, to pretend to be her. Emma has been living Sutton's life for weeks now, frantically trying to figure out who killed her sister and why.

But when Sutton's body is discovered, Emma suddenly becomes the number-one suspect in her twin's murder. Now she needs to find the killer before she ends up behind bars—or worse.

In this stunning finale to the beloved series The Lying Game, Emma finally solves her sister's murder—but the killer will do anything to make sure that the truth dies with her.


Praise For The Lying Game #6: Seven Minutes in Heaven…

Praise for The Lying Game: “The Lying Game is a stay–up–past–your–bedtime type of thriller…full of amazingly believable plot twists and turns.”
— Voice of Youth Advocates (VOYA) (starred review)

“A thrilling mystery with just the right doses of romance and danger.”
— School Library Journal

“A fun and fast–moving mystery…[readers] will race through the pages as Emma pieces together clues and will have plenty to ponder as they anticipate the next installment.”
— Publishers Weekly