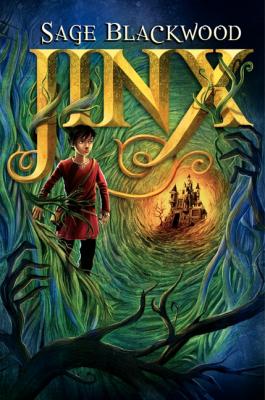 “This great adventure story draws the reader into its magical, dangerous world in a way that reminded me of Tolkien's Lord of the Rings. Magic here is many-layered and both good and bad; it is used by some, banned by others, and feared by the rest. The characters, too, are complex and multidimensional. There are no clear heroes, and some villains are more villainous than others. Blackwood has barely scratched the surface of the world that he has created, and there should be many more adventures ahead for Jinx and his friends. I look forward to them impatiently.”
— Julie A. Baker, Eight Cousins, Falmouth, MA
View the List

The highly acclaimed first book of a fantasy adventure series set in a mysterious forest, starring a daring new hero.

"Readers will thrill to journey with Jinx" (SLJ, starred review), a wizard's apprentice, as he sets off on a quest through the dangerous Urwald, a magical forest full of wizards and were-creatures, and discovers that it is more complex than he could imagine, and that it needs him more than he could ever guess.

This humorous and smart tween fantasy adventure is perfect for fans of Septimus Heap, The Sisters Grimm, and Fablehaven.

Flowing dialogue, easy interactions between the characters, a mixed Diana Wynne Jones/Lloyd Alexander vibe, and a setting both familiar and original make the novel immediately inviting and compelling.
— The Horn Book