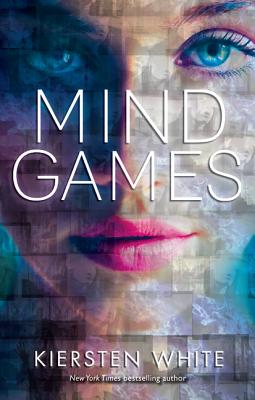 Perfect for fans of We Were Liars, an edgy, heartstopping psychological thriller about two sisters determined to protect each other no matter the cost, from the #1 New York Times bestselling author of And I Darken.

Fia was born with flawless instincts—her first impulse is always exactly right. Her sister, Annie, is blind—except when her mind is gripped by strange visions of the future.

Trapped in a school that uses girls with extraordinary powers as tools for corporate espionage, Annie and Fia are forced to choose over and over between using their abilities in twisted, unthinkable ways…or risking each other’s lives by refusing to obey.

“A tour de force of perspective and unreliability. The combination of supernatural abilities, clandestine organizations, sharply witty dialogue, and a supremely skilled heroine will be familiar to readers of White’s Paranormalcy books, but this story is very much its own.”
— Publishers Weekly (starred review)

“Brilliant in both character development and narrative structure, this is a psychological thriller that will challenge readers even as it speeds them through the pages.”
— Bulletin of the Center for Children’s Books (starred review)

“Mind Games is a thriller of the best sort, one with many characters vying to have things their way, who will go as far as they need to get what they want—and a protagonist who will go even further. A brutal, exciting gem of a book.”
— Holly Black, New York Times bestselling author

“You might think you know Kiersten White, but here is a darker, more dangerous Kiersten White. A sharp, heart-wrenching, lightning-fast, and fabulously fun read in which twining narratives weave a trap around two extraordinary sisters. Fia may be the angriest narrator I’ve ever loved. I bet you will too.”
— Laini Taylor, author of Daughter of Smoke & Bone and National Book Award finalist Lips Touch, Three Times

“From the high-impact opening, White hurdles her story forward. A fast-paced, gripping plot, and genuinely interesting characters. White’s many fans will not be disappointed, and she is sure to gain many more.”
— Voice of Youth Advocates (VOYA)

“Fans who love Evie’s signature style of butt-kicking, wise-cracking, headlong rushing into trouble, neatly mixed with her addiction to all things romantic and girly, will embrace every nerve-wracking moment. A sparkly gift tied-up with a pretty pink bow.”
— Voice of Youth Advocates (VOYA) (starred review)