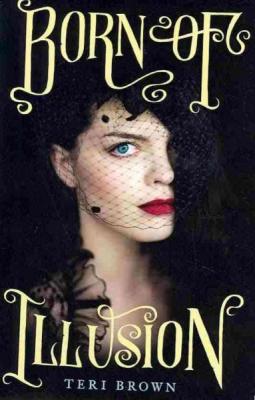 For fans of Libba Bray and Anna Godbersen, this thrilling historical suspense novel is the story of a budding magician who has spent her life playing sidekick to her faux-medium mother—and trying to hide the fact that she possesses magnificent powers.

As the illegitimate daughter of Harry Houdini—or so her mother claims—gifted illusionist Anna Van Housen easily navigates the underground world of magicians and mediums in 1920s New York, though the real trick is keeping her true gifts secret from her opportunistic mother. But as Anna's powers intensify, she experiences frightening visions that lead her to explore the powers she's tried so long to hide.

Lovers of historical fiction and stories filled with romance and intrigue will fall for Born of Illusion and its whip-smart, savvy protagonist.


Praise For Born of Illusion…

“Characterization is a strength in this first-person narrative, in which the setting, New York City in the 1920s, is so richly drawn as to become a character in itself …. Will appeal to fans of Libba Bray.”
— Kirkus Reviews

“Anna’s strong personality and her complex relationship with her mother (who mixes love with professional jealousy), as well as a slightly supernatural romance, provide lots of teen appeal. ”
— The Horn Book

“Teri Brown creates a world of magic and deception, romance and intrigue. This book sparkles with dark arts.”
— Melissa Walker, author of UNBREAK MY HEART and SMALL TOWN SINNERS

“I suppose I could wax on about this book’s strengths—its magic, romance and exquisite historical detail—but the bottom line is: Teri Brown’s BORN OF ILLUSION is the most thoroughly enjoyable novel I’ve read all year.”
— Lauren Baratz-Logsted, author of THE TWIN'S DAUGHTER