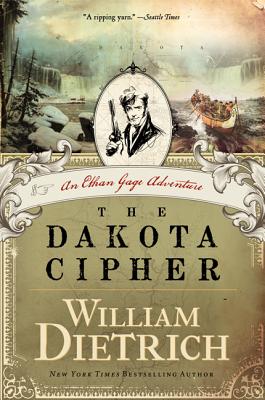 “The Dakota Cipher is a supple, elegant thriller that carries the reader triumphantly from one exciting climax to the next.”
—Steve Berry, New York Times bestselling author of The Jefferson Key

Ethan Gage is a fearless adventurer who has crossed paths (and, sometimes, swords) with the likes of Napoleon Bonaparte and Benjamin Franklin—and whose unabashed derring do puts even Indiana Jones to shame. Now Gage is back for a third time in William Dietrich’s The Dakota Cipher, an ingenious page-turner that carries our hero to the American wilderness in search of an almost unthinkably powerful ancient artifact. No stranger to thrilling action himself, New York Times bestseller James Rollins, author of Black Order, The Last Oracle, and Altar of Eden, is a dedicated fan of Dietrich’s Ethan Gage novels, and proclaims that, “The Dakota Cipher should be read by anyone who loves adventure at its grandest.”