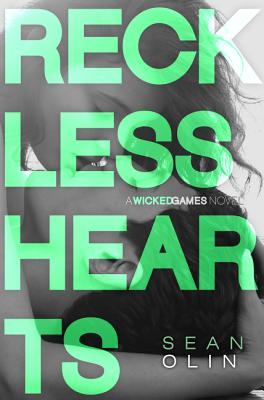 Reckless Hearts is the second book in the sexy and suspenseful Wicked Games series, where lies, passion, and betrayal collide in the steamy beach town of Dream Point.

What do you do if you find yourself fantasizing about kissing your best friend? Sensitive guitarist Jake has been asking himself that same question for a long time, and there's no easy answer. Telling his dream girl—talented anime artist Elena—about his feelings might lead to the ultimate rejection, but not telling her just might kill him.

Before Jake can make his move, though, a new mysterious guy enters the picture in an unexpected way. In Elena's mind, Harlow is excitement personified: a rebellious yet kindred spirit who she instantly connected with online. Jake's gut is telling him that something about Harlow is off, and that Elena is in way over her head, but the more Jake pushes the issue, the more he pushes Elena right into Harlow's arms—and into a tragic situation that neither of them would ever see coming.

“With an eerie tip of the hat to Fatal Attraction, Olin examines the power and destructiveness of jealousy on not only the person experiencing it but on those faced with its unfortunate consequences...[the] terrifying trajectory quickly moves it from the typical romance to reality horror.”
— Booklist on Wicked Games

Sean Olin is the author of Wicked Games, Brother/Sister, and Killing Britney. He lives in New York City but summers in a beach town that inspired the setting of the Wicked Games series.