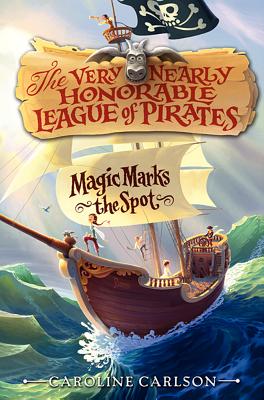 A whimsical, swashbuckling romp into a deeply imaginative world; Carlson’s novel is as plucky and clever as its heroine. — Soman Chainani, New York Times bestselling author of The School for Good and Evil

Avast! Pirates, magic, girl hero and a gargoyle sidekick? YES!! MAGIC MARKS THE SPOT is an amazing debut, a funny, rollicking adventure featuring a take-no-prisoners heroine and a cast of colorful characters. I eagerly look forward to the next book. — Sarah Prineas, author of The Magic Thief series and the Summerlands series

“There’s merriment and intrigue on the high seas in this debut novel… Carlson’s characters are as memorable as they are entertaining.” — Publishers Weekly (starred review)