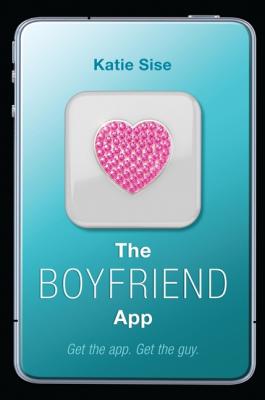 For fans of smart romantic comedies, this is a clever Cinderella story with a tech twist.

When Public Corporation, a giant tech company, announces a contest for the best app developed by a high school student—with $200,000 in prize money—computer whiz Audrey McCarthy is all in. Audrey's been searching for her one ticket out of town ever since her dad died and her best friend, perfect and popular Blake Dawkins, turned into her worst nightmare—and this scholarship may be it.

Audrey comes up with an idea so simple, yet so brilliant, she can't believe it hasn't been done before: the Boyfriend App. With a simple touch of the screen, romance blooms among the unlikeliest couples at school—and people start to take notice. But it's not quite enough.

To beat out the competition, Audrey will have to dig deeper—right into a scandal that would rock Public to its core. Launched into unexpected fame and passionately kissed by the hottest guys in school, Audrey finds that her invention has thrown her life into complete chaos . . . but can it bring her true love?


Praise For The Boyfriend App…