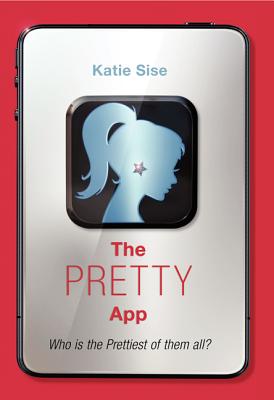 The delightfully smart and funny companion to The Boyfriend App, about a mean girl who changes her ways. Author Katie Sise spins another fully loaded tale of technology, secrets, and big-time romance in this story of what it takes to be #trulybeautiful.

Poor Blake Dawkins! She's rich, she's gorgeous, and she's the queen bee of Harrison High. But it turns out Blake's life is not so perfect—just talk to her dad, who constantly reminds her that she's not up to par, or to her ex-bff, Audrey, who doesn't even look her in the eye.

Then every high school in America becomes obsessed with posting selfies on the ubiquitous Pretty App. Next: Leo, an adorable transfer student, arrives at Harrison and begins to show Blake that maybe being a queen bee doesn't mean being a queen b*tch. And though Audrey suspects somebody's playing foul, Blake finds herself catapulted to internet fame after being voted one of the prettiest girls in the country. She's whisked away to star in a reality show—in Hollywood, on live TV. But she doesn't know who to trust. Because everybody on the show wants to win. And nobody is there to make friends.


Praise For The Pretty App…

Praise for THE BOYFRIEND APP: “Sexy, irresistible, page-turning fun. You’re going to want a boyfriend app—right now!”
— Sarah Mlynowski, bestselling author of TEN THINGS WE DID (AND PROBABLY SHOULDN'T HAVE)

Praise for THE BOYFRIEND APP: “Sise creates a clever, independent-minded heroine, while exploring the drawbacks of modern technology.”
— Publishers Weekly