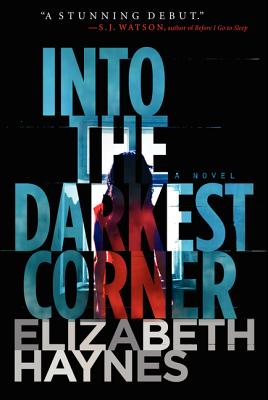 Into the Darkest Corner

Catherine Bailey has been enjoying the single life long enough to know a catch when she sees one. Gorgeous, charismatic and spontaneous, Lee seems almost too perfect to be true. And her friends clearly agree, as each in turn falls under his spell.

But what begins as flattering attentiveness and passionate sex turns into raging jealousy, and Catherine soon learns there is a darker side to Lee. His increasingly erratic, controlling behaviour becomes frightening, but no one believes her when she shares her fears. Increasingly isolated and driven into the darkest corner of her world, a desperate Catherine plans a meticulous escape.

Four years later, Lee is behind bars and Catherine—now Cathy—compulsively checks the locks and doors in her apartment, trusting no one. But when an attractive upstairs neighbour, Stuart, comes into her life, Cathy dares to hope that happiness and love may still be possible . . . until she receives a phone call informing her of Lee’s impending release. Soon after, Cathy thinks she catches a glimpse of the former best friend who testified against her in the trial; she begins to return home to find objects subtly rearranged in her apartment, one of Lee’s old tricks. Convinced she is back in her former lover’s sights, Cathy prepares to wrestle with the demons of her past for the last time.

Utterly convincing in its portrayal of obsession, Into the Darkest corner is an ingeniously structured and plotted tour de force of suspense that marks the arrival of a major new talent.


Praise For Into the Darkest Corner: A Novel…

“A highly suspenseful and cleverly-crafted psychological thriller….Haynes masterfully teases out the disturbing details, which involve a Jekyll and Hyde boyfriend. If you’re a fan of cinematic showdowns you won’t be disappointed, but it’s also the quietly powerful moments in Haynes’s narrative that resonate.”
— Erin Kodicek, Amazon.com

“In this violent, gripping suspense novel, a woman with obsessive compulsive disorder lives in fear of her unstable, stalker ex-boyfriend.”
— Wall Street Journal

“A sexy psychological thriller…. Anyone looking for a suspenseful read this summer at the beach, pick up Into the Darkest Corner.”
— John Searles, Weekend Today Show

“Gripping psychological thriller. . . . Haynes puts the reader into Bailey’s mind and the result is a grim, dark and extremely difficult story. The feelings of isolation and helplessness ooze off the page. . . A compelling first novel.”
— Associated Press

“Check the locks on your doors and windows and surrender to this obsessive thriller.”
— Karin Slaughter, author of Fallen

“This intense, gripping account of domestic violence and its aftermath is utterly unputdownable. A stunning debut.”
— S.J. Watson, author of Before I Go to Sleep

“A harrowing psychological thriller….A terrifying and convincing portrayal of an abusive relationship and a damaged woman’s heroic attempts to recover from it.”
— Publishers Weekly, starred review

“A chilling, page-turning read, which charts domestic violence without flinching and portrays OCD with insight and compassion.”
— Rosamund Lupton, author of Sister

“Into the Darkest Corner is a gripping page-turner that will suck you in from the first scene and not let you go you until it reaches its stunning conclusion.”
— Chevy Stevens, author of Never Knowing and Still Missing

“A tour de force début novel that is both creepily disturbing and yet beautifully rendered.”
— Sam Millar, New York Journal of Books

“Haynes is a master at building tension to unbearable heights, and her thorough and thoughtful exploration of the psychological fallout of abuse adds a unique layer to the story….Into the Darkest Corner is a terrifying thriller.”
— BookPage

“This mind-bending thriller will give you chills as you follow a young woman who is trying to escape her ex-boyfriend - and her own demons.”
— Cosmopolitan

Elizabeth Haynes is a former police intelligence analyst, a civilian role that involves determining patterns in offending and criminal behavior. She is the New York Times bestselling author of Into the Darkest Corner, Dark Tide, Human Remains, and, most recently, Under a Silent Moon, the first installment of the Briarstone crime series.