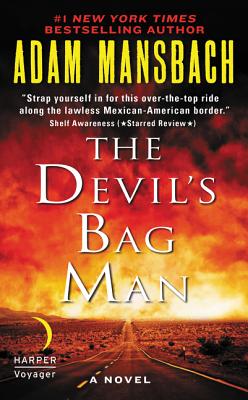 In The Dead Run, outlaw with a conscience Jess Galvan made a devil's bargain with El Cucuy, a fearsome, five-hundred-year-old Aztec priest and crime kingpin determined to bring about hell on earth. Now, months later, Galvan's mind is infested by the ancient monster. No longer able to trust his own judgment, he is estranged from his daughter, Sherry—and from his own body. But Cucuy's presence has endowed Galvan with superhuman abilities.

Meanwhile, shell-shocked from her confrontation with Cucuy, Sherry is living with Sheriff Bob Nichols and his girlfriend, psychologist Ruth Cantwell. And in the bowels of Ojos Negros prison, a territory once controlled by the ancient priest, the drug cartels are at war with one another and on the hunt for Galvan.


Praise For The Devil's Bag Man: A Novel…

“Mansbach believably builds a scenario for the destruction of the world, showing the best and worst of humankind brought to their knees by the power of gods, and leaving the rest of us to tremble.”
— Publishers Weekly

“Strap yourself in for this over-the-top ride along the lawless Mexican-American border.”
— Shelf Awareness, Starred Review

“Rarely has a writer demonstrated he’s having as much fun as Mansbach clearly is with this demented series combining contemporary crime action, Mexican mythology, irreverent comedy, and straight-up horror.”
— Kirkus Reviews
or
Not Currently Available for Direct Purchase
Copyright © 2020 American Booksellers Association