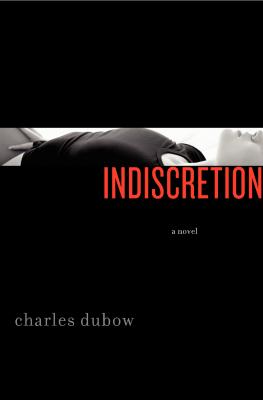 “Beautiful Maddy and her successful author husband Harry have an idyllic marriage. Living in the Hamptons, perfectly suited to one another, and always surrounded by a close circle of friends, they draw admirers like moths to a flame. Enter Claire, a young New Yorker, who quickly becomes enamored of the couple and inserts herself within their circle. While young and innocent, Claire's presence will ultimately destroy everything Maddy and Harry hold dear. Narrated by Maddy's childhood best friend, Walter, who is also secretly in love with her, this tale is mesmerizing in its telling.”
— Meaghan Beasley, Island Bookstore, Duck, NC
View the List

"Every story has a narrator. Someone who writes it down after it's all over. Why am I the narrator of this story? I am because it is the story of my life—and of the people I love most. . . ."

Harry and Madeleine Winslow have been blessed with talent, money, and charm. Harry is a National Book Award–winning author on the cusp of greatness. Madeleine is a woman of sublime beauty and grace whose elemental goodness and serenity belie a privileged upbringing. Bonded by deep devotion, they share a love that is both envied and admired. The Winslows play host to a coterie of close friends and acolytes eager to bask in their golden radiance, whether they are in their bucolic East Hampton cottage, abroad in Rome thanks to Harry's writing grant, or in their comfortable Manhattan brownstone.

One weekend at the start of the summer season, Harry and Maddy, who are in their early forties, meet Claire and cannot help but be enchanted by her winsome youth, quiet intelligence, and disarming naivete. Drawn by the Winslows' inscrutable magnetism, Claire eagerly falls into their welcoming orbit. But over the course of the summer, her reverence transforms into a dangerous desire. By Labor Day, it is no longer enough to remain one of their hangers-on.

A story of love, lust, deception, and betrayal as seen through the omniscient eyes of Maddy's childhood friend Walter, a narrator akin to Nick Carraway in The Great Gatsby, Indiscretion is a juicy, richly textured novel filled with fascinating, true-to-life characters—an irresistibly sensual page-turner that explores having it all and the consequences of wanting more.

Indiscretion also marks the debut of a remarkably gifted writer and storyteller whose unique voice bears all the hallmarks of an exciting new literary talent.


Praise For Indiscretion: A Novel…

“Indiscretion richly delves into the complex permutations of love. Charles Dubow writes with nuanced precision, and his characters are captivatingly real. This is a fine, supple, riveting first novel.”
— Kate Christenson, author of The Great Man and The Astral

“Charles Dubow has pulled off something remarkable: a finely tuned, perfectly pitched literary novel with the urgency of a tensely plotted thriller. I couldn’t put it down.”
— Chris Pavone, author of the New York Times bestseller The Expats

“Dubow proves himself to be an elegant writer with a shrewd sense of how to shape his material for the broadest appeal. Glamourous settings, old money, and steamy sex all combine to make this one a totally addictive read.”
— Booklist

“Dubow’s first novel is a deliciously absorbing page-turner. His captivating characters jump off the page to pull the reader into their story.”
— Library Journal (starred review)

“Dubow has composed an addictive first novel that keeps the reader guessing with the turn of each page. . . . INDISCRETION transcends the love story archetype.”
— BookPage

“Charles Dubow’s greatest triumph is in the way that he reinvents and reinvigorates familiar themes in a mesmerizing new way.”
— New World Review

“An homage to Gatsby-right down to its Nick Carraway-ish narrator-this is a suspenseful, diverting debut.”
— People

“Dubow writes with a kind of urgency that grabs you by the pajamas and won’t let go. Indiscretion is a page-turner of high style.”
— Washington Independent Review of Books

Charles Dubow is the author of the novel Indiscretion, a founding editor of Forbes.com, and was an editor at Businessweek.com. He was educated at Wesleyan University and New York University, and has worked as a roustabout, a lumberjack, a sheepherder in New Zealand, and a congressional aide. He lives in Connecticut with his wife, Melinda, and children, William and Isabella.