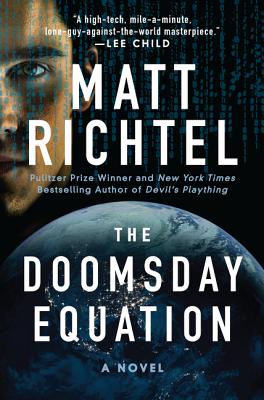 From the Pulitzer Prize-winning New York Times journalist and author of A Deadly Wandering comes a pulse-pounding technological thriller—as ingenious as the works of Michael Crichton and as urgent and irresistible as an episode of 24—in which one man has three days to prevent annihilation: the outbreak of World War III.

Computer genius Jeremy Stillwater has designed a machine that can predict global conflicts and ultimately head them off. But he’s a stubborn guy, very sure of his own genius, and has wound up making enemies, and even seen his brilliant invention discredited.

There’s nowhere for him to turn when the most remarkable thing happens: his computer beeps with warning that the outbreak of World War III is imminent, three days and counting.

Alone, armed with nothing but his own ingenuity, he embarks on quest to find the mysterious and powerful nemesis determined to destroy mankind. But enemies lurk in the shadows waiting to strike. Could they have figured out how to use Jeremy, and his invention, for their own evil ends?

Before he can save billions of lives, Jeremy has to figure out how to save his own. . . .


Praise For The Doomsday Equation: A Novel…

“A blockbuster event. The Doomsday Equation blew me away.” — James Rollins, New York Times bestselling author of The Sixth Extinction

“The strong setup and sharp elbows of ‘The Doomsday Equation’ prove that Richtel has the potential to write a blockbuster.” — New York Times Book Review

“An adventure-filled race against time.” — Booklist

“The Doomsday Equation is a first-rate thriller sure to keep readers mesmerized all the way to the last page.” — Oklahoma City Oklahoman

“A race against time worthy of a Hollywood blockbuster.” — Winnipeg Free Press

“Fast paced but well-plotted, cerebral, yet exciting, Matt Richtel’s latest is the perfect antidote for those who miss the works of the late great Michael Crichton.” — Mystery Scene