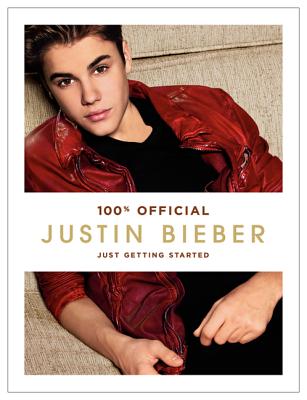 "My story is something I like to share with others, to show people that with enough belief in yourself and what you can accomplish, anything is possible."—Justin Bieber

From Tel Aviv to Tokyo, over the past few years I've traveled around the world and back again. It's been amazing, but it's also hard to believe that not so long ago I was singing on the streets of Stratford, Ontario. I can honestly say that anything is possible, anyone can live the dream, and every day is a blessing.

Now everywhere I go, I'm met with so much love. It's all about you, my fans, and that's why I'm dedicating my book to everyone who's come to sing along. I want to share the stories of my life on the road with you. From the crazy highs of performing on stage to spending those precious quiet moments with my friends and family, I want to give you a personal backstage pass to my world. It's been exhausting but always eye-opening and amazing.

It's astonishing to think that so much has happened, and yet this is just the beginning. I'm just getting started.

Born in Stratford, Ontario, Justin first broke into the music industry when music manager Scooter Braun spotted his performances on YouTube and then joined forces with superstar Usher to sign thirteen-year-old Justin to a record deal with Island Def Jam Music Group.

Justin's latest number 1 album, Believe, came out in June 2012. It follows his number 1 Christmas album, Under the Mistletoe, which was Justin's third number 1 debut in just 18 months. This incredible achievement makes Justin the youngest artist in Billboard history to have a holiday album enter at number 1 and then first solo artist in Billboard history to chart three number 1 albums before his 18th birthday. Prior to Under the Mistletoe, Justin's first album My World 2.0 debuted at number 1 in the charts and featured the single 'Baby', which remains the number 1 most-viewed YouTube video, with currently over 700 million views. Never Say Never: The Remixes, the soundtrack to the highest domestic-grossing concert film in US history, also entered at number 1 in 2011.

Just Getting Started is Justin's second book, following on from the international bestseller First Step 2 Forever: My Story.