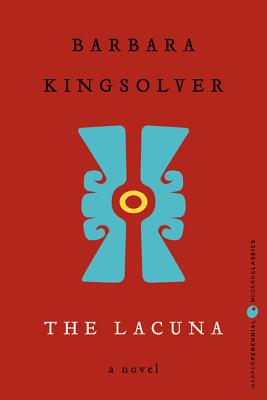 New York Times bestselling author Barbara Kingsolver's The Lacuna is an ambitious and gripping historical novel about Diego Rivera, Frida Kahlo, Communism, and one man’s epic search for identity in Mexico and the United States.

The author of The Poisonwood Bible; Animal, Vegetable, Miracle and more; Kingsolver tells the complex, gripping tale of Harrison William Shepherd, a writer whose journey from the 1920s to the ’50s allows him to witness the tumultuous lives of artists Rivera and Kahlo in Mexico, the politics of Leon Trotsky, and the bullying tactics of J. Edgar Hoover and McCarthyism in Washington, D.C.

The Lacuna, winner of the Orange Prize for Fiction, is written with Kingsolver’s masterful lyricism as she blends real and fictional characters and events in a poignant story of a man torn between two nations and the impact of history on art and artists.