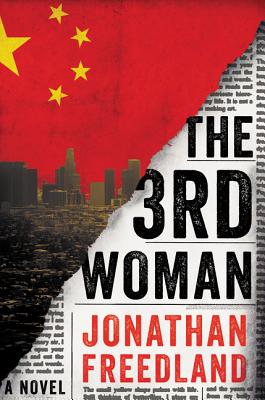 
Praise For The 3rd Woman: A Thriller…

“Excellent…. This is an intelligent, finely crafted mystery, a speculative thriller that brilliantly channels the anxieties of our time.” — New York Times Book Review

“Excellent…. Think of this novel as a gritty, noirish crossbreed of Blade Runner and L.A. Confidential.... This is an intelligent, finely crafted mystery, a speculative thriller that brilliantly channels the anxieties of our time.” — New York Times Book Review

“The writing is concise and compellingly readable.… Freedland has another winner here.” — Booklist

“The United States’ debt to China has changed the balance of power dramatically in this convincing near-future thriller from Freedland...who keeps the pages turning and unveils a twist that few will anticipate.” — Publishers Weekly

“The story, spiced with murder and torture, is engrossingly labyrinthine.” — Sunday Telegraph

“A killer novel…full of intrigue, plotting, and duplicity.” — Piers Morgan

“Nobody does the high-IQ, high-octane thriller better than Jonathan Freedland.” — Tony Parsons