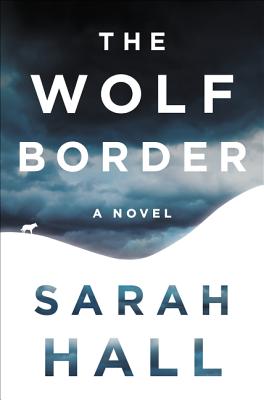 From the award-winning author of The Electric Michelangelo, one of the most decorated young British writers working today, comes a literary masterpiece: a breathtaking work that beautifully and provocatively surveys the frontiers of the human spirit and our animal drives.

For almost a decade, zoologist Rachel Caine has lived a solitary existence far from her estranged family in England, monitoring wolves in a remote section of Idaho as part of a wildlife recovery program. But a surprising phone call takes her back to the peat and wet light of the Lake District where she grew up. The eccentric Earl of Annerdale has a controversial scheme to reintroduce the Grey Wolf to the English countryside, and he wants Rachel to spearhead the project. Though she’s skeptical, the earl’s lands are close to the village where she grew up, and where her aging mother now lives.

While the earl’s plan harks back to an ancient idyll of untamed British wilderness, Rachel must contend with modern-day realities—health and safety issues, public anger and fear, cynical political interests. But the return of the Grey unexpectedly sparks her own regeneration.

Exploring the fundamental nature of wilderness and wildness, The Wolf Border illuminates both our animal nature and humanity: sex, love, conflict, and the desire to find answers to the question of our existence—the emotions, desires, and needs that rule our lives.


Praise For The Wolf Border: A Novel…

“Where does freedom end and wildness begin? Self-preservation and intimacy? Sex and commitment? These are the gray borders Hall inspects...The real story is the one about one woman’s coming to terms, not only with her family, but with her own untameable nature.”
— Minneapolis Star Tribune

“An absorbing portrait of a woman and her conflicted relationships with family, homeland, and identity.”
— Booklist

“THE WOLF BORDER tracks Rachel through romantic and familial entanglements, childbirth and a series of dramatic events surrounding the wolf project in Cumbria. The plotting and characterization are crisp and effective, but perhaps the greatest pleasure is her prose.”
— Chicago Tribune

“I imagine that THE WOLF BORDER -- stylish, intelligent and a cracking read -- will mark the point at which [Hall] stops being promising, and becomes something of a star.”
— Sunday Times (London)

“A thrilling tale of politics and power ... Compulsively absorbing and masterfully plotted, [THE WOLF BORDER] confirms Hall as one of our finest fiction writers.”
— Daily Mail (UK)

“The skills that Sarah Hall demonstrates in her highly anticipated fifth novel are significant and profound... So it is that the descriptions of altered or threatened landscapes for which she is celebrated ... convey beauty but resist the picturesque, instead posing questions about it.”
— The Guardian

This is a book overflowing with life and history, propelled by a writer who engages all the reader’s senses.”
— Telegraph

“Sarah Hall is wonderful at pinpointing the push and pull of loyalties, the way a person can be undone or remade by the force of fresh emotion. She’s equally brilliant at tackling the notions of land ownership in an increasingly urbanised society... [A] graceful, visceral, utterly compelling read.”
— Sunday Express (London)

“Vivid and visceral.”
— The Times (London)

“[A] writer of sensual, muscular prose about the liminal spaces between civilisation and wilderness ... Everything about this setting provides a perfect playground for Hall’s gorgeously visceral prose ... As the plot heads towards a crash, it’s hard to decide which is more frightening: the untameable, or to be tamed.”
— The Independent on Sunday

“THE WOLF BORDER ... weighs sense and sensuality, order and chaos, with sumptuous grace... But [the] plot too is gripping, propelled by some intriguing mysteries, a couple of conspiracies and a pulse-racing set-piece in which Rachel juggles baby, wolves, brother and vocation. Figuratively, of course.”
— Independent

“Both uplifting and enthralling, THE WOLF BORDER is as much a hymn to the rugged beauty of the Cumbrian countryside as it is an exploration of the nature of wilderness and of the durability of the human spirit. Beautiful and quite stunning.”
— Mail on Sunday

“A compelling, psychological drama...Ms Hall’s writing demands recognition. She has a golden touch, texturing her pages with rich metaphor and lyrical prose, especially when it comes to the natural world.”
— The Economist

“[A] wonderfully assured page-turner...Worth reading for its style, wisdom and narrative pull, as well as for its exploration of wildness in many forms, human and lupine.”
— Literary Review

“[H]er sense of place is visceral, the changing of seasons as dramatic as any of the plot’s set pieces.”
— Aberdeen Press & Journal [Scotland]

“I was swept along by the stunning prose and compelling story.”
— Woman & Home (UK)

“Regeneration in a multitude of guises is the mainstay of the novel; but rather than overworking the metaphor, Hall organically incorporates each and every instance into the narrative, adding a tensile strength to the base architecture upon which the story hangs … One of the fiction highlights of this year.”
— The Observer

“A sumptuous study of truth and trust...A magnificently metaphorical novel: an extended exploration of myth and motherhood—indeed the myth of motherhood...A feast of the finest fiction: a captivating and cannily crafted character-focused showcase of one of Britain’s most promising young novelists.
— Tor.com

“What an achievement--so vivid, so visceral, so vital. I can see the wolves and the characters in the landscape like a movie in my head. Every time I picked it up, I struggled to put it down again. It’s a beautiful construction.”
— Val McDermid

“The themes of Sarah Hall’s fifth novel, THE WOLF BORDER, interlock like gears: men and women together, family, the animal/human divide, the idea of wilderness...Dazzling is her ability to distill so much into the pages of this completely satisfying novel.”
— New York Times Book Review
or
Not Currently Available for Direct Purchase
Copyright © 2020 American Booksellers Association