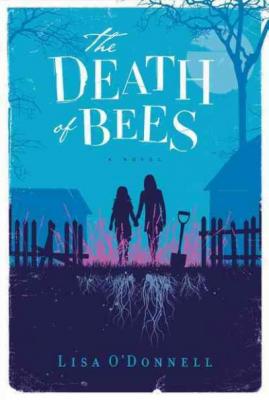 The Death of Bees

“Beginning with two children who bury their parents in their garden, The Death of Bees had me hooked from page one. Streetwise teen Marnie and her younger, socially awkward, violin prodigy sister find their parents dead and attempt to cover up their deaths to avoid foster care, with both help and hindrance from some surprising sources. Told from the point of view of multiple characters, this lively, suspenseful, and darkly hilarious tale transfixed me from gruesome start to wonderfully satisfying finish. Brilliant, delightful, and thought provoking!”
— Carol Schneck Varner, Schuler Books & Music, Okemos, MI
View the List

A riveting, brilliantly written debut novel, The Death of Bees is a coming-of-age story in which two young sisters attempt to hold the world at bay after the mysterious death of their parents.

Marnie and Nelly, left on their own in Glasgow's Hazlehurst housing estate, attempt to avoid suspicion until Marnie can become a legal guardian for her younger sister.

Written with fierce sympathy and beautiful precision, and told in alternating voices, The Death of Bees by Lisa O'Donnell is an enchanting, grimly comic tale of lost souls who, unable to answer for themselves, can answer only for each other.


Praise For The Death of Bees…

“O’Donnell’s finely drawn characters display the full palette of human flaws and potential. Told in the alternating voices of Marnie, Nelly, and Lennie, this beautifully written page-turner will have readers fretting about what will become of the girls.”
-Booklist (starred review)

“The sisters and Lennie narrate alternating chapters, moving the story along at a fast clip....The difference between the sisters in terms of personality and maturity puts them at odds despite their shared fear of discovery. But their resilience suggests hope for their blighted lives.”
-Publishers Weekly (boxed review)

“An unusual coming-of-age novel that features two sisters who survive years of abuse and neglect....The author’s experience as a screenwriter is most definitely apparent, as the reader always hears the voices and can visualize the dramatic, sometimes appallingly grim scenes. Recommended.”
-Kirkus Reviews

“The Death of Bees is completely addictive. A beautiful and darkly funny story of two sisters building a fantasy within a nightmare.”
-Alison Espach, author of The Adults

“The Death of Bees is compelling stuff, engaging the emotions from the first page and quickly becoming almost impossible to put down.”
-Herald (Scotland)

“As the action reaches a feverish climax…dark comedy is replaced by nerve-shredding tension…the reader is thoroughly caught up in the emotional trials and tribulations of two unlikely heroines….Warm without being cozy, explicit without being shocking, and emotive without being schmaltzy…a powerful coming-of-age tale…”
-Scotsman

“This vibrantly-imagined novel, by turns hilarious and appalling, is hard to resist.”
-Daily Mail (London)

“The Death of Bees steadily draws you into its characters’ emotional lives.”
-Financial Times

“The most original and incredible piece of writing I’ve come across in years.”
-Helen Fitzgerald, author of Dead Lovely