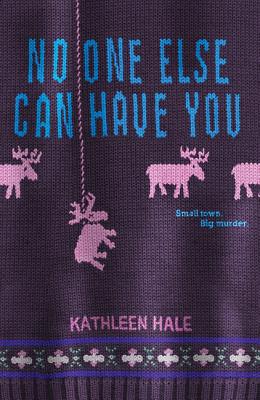 No One Else Can Have You (Kippy Bushman)

A quiet town like Friendship, Wisconsin, keeps most of its secrets buried . . . but when local teen Ruth Fried is found murdered in a cornfield, her best friend, Kippy Bushman, decides she must uncover the truth and catch the killer. Since the police aren't much help, Kippy looks to her newly discovered idol, journalist Diane Sawyer, for tips on how to conduct her investigation. But Kippy soon discovers, if you want to dig up the truth, your hands have to get a little dirty, don'tcha know.

In this riveting young adult novel, Kathleen Hale creates a quirky murder mystery that is intricately plotted and sure to keep readers guessing, laughing, and cringing until the surprising final pages. "Can a murder mystery be funny? You betcha!" raved Kirkus Reviews in a starred review.


Praise For No One Else Can Have You (Kippy Bushman)…

“Can a murder mystery be funny? You betcha!”
— Kirkus Reviews (starred review)

“Hale nimbly manages a satisfying blend of chills, suspense, and laughs in this dark comedy.”
— Bulletin of the Center for Children’s Books

“A super-duper mystery...snort-inducingly funny, from start to finish.”
— Booklist

“Hale’s story is pure fiction. It’s also extremely funny. As the protagonist, Kippy Bushman, attempts to unravel the mystery of who killed her best friend, the reader is introduced to a cast of bizarre characters that turn what could be a grisly mystery into a darkly hilarious madcap romp.”
— Newsweek

Kathleen Hale was born and raised in Wisconsin. She graduated from Harvard in 2010. This is her first novel.