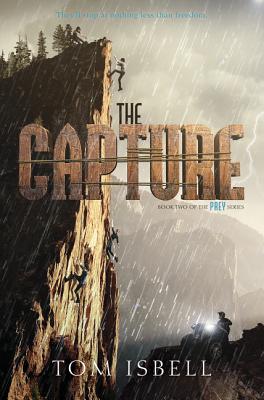 The Maze Runner meets The Hunger Games in this heart-pounding teen trilogy. This second book in the Prey series is a suspenseful story of courage, survival, and doing what's right, no matter how hard. Orphaned teens, soon to be hunted for sport, must fight for a better life. Riveting action, intense romance, and gripping emotion make this fast-paced adventure a standout.

Fifteen escaped and found their way to freedom, but Book, Hope, and Cat can't settle into their new life knowing the rest of the Less Thans and Sisters are still imprisoned. Now the teens must retrace their steps to save the others and thwart the Republic's dark plans to destroy those deemed different, even as relationships are tested and the path back is filled with danger.

With new enemies lurking, the group must put their fate into the hands of unexpected allies and must ask themselves how far they're willing to go to free their friends.


Praise For The Capture (Prey Trilogy #2)…

“This riveting sequel to The Prey should definitely appeal to teen readers, reluctant or otherwise. This series is perfect for fans of The Maze Runner and Divergent series.
— Voice of Youth Advocates (VOYA)