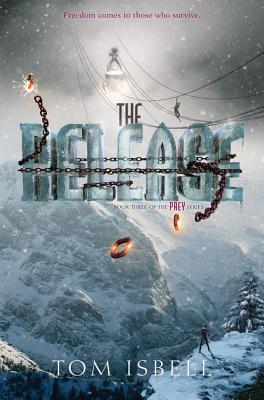 The Release is the thrilling YA conclusion to Tom Isbell’s suspenseful post-apocalyptic Prey series, perfect for fans of The Maze Runner. Two months have passed since Book, Cat, Hope, and the others rescued the remaining Less Thans from Liberty, but they aren’t safe yet, and soon they’ll have to risk everything in order to defeat their enemies.

The group must leave the camp for good and escape the wolves, the Brown Shirts, and the Hunters. Most important, they need to stop Chancellor Maddox before she executes her Final Solution and grows even more powerful.

While the others are seeking freedom, for Hope, the battle has become personal. She wants revenge, no matter what the cost—and she’s willing to sacrifice anything standing in her way. The group may still be weak, but they don’t have time to wait. They must overthrow the Chancellor, even if it means joining forces with those who once betrayed them.