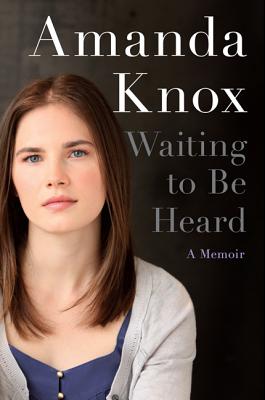 Waiting to Be Heard

Amanda Knox spent four years in a foreign prison for a crime she did not commit, as seen in the Netflix documentary Amanda Knox.

In the fall of 2007, the 20-year-old college coed left Seattle to study abroad in Italy, but her life was shattered when her roommate was murdered in their apartment.

After a controversial trial, Amanda was convicted and imprisoned. But in 2011, an appeals court overturned the decision and vacated the murder charge. Free at last, she returned home to the U.S., where she has remained silent, until now.

Filled with details first recorded in the journals Knox kept while in Italy, Waiting to Be Heard is a remarkable story of innocence, resilience, and courage, and of one young woman’s hard-fought battle to overcome injustice and win the freedom she deserved.

With intelligence, grace, and candor, Amanda Knox tells the full story of her harrowing ordeal in Italy—a labyrinthine nightmare of crime and punishment, innocence and vindication—and of the unwavering support of family and friends who tirelessly worked to help her win her freedom.

Waiting to Be Heard includes 24 pages of color photographs.


Praise For Waiting to Be Heard: A Memoir…

“A raw and dramatic account of her lost years.”
— People

Amanda Knox is an exoneree and a writer in Seattle, Washington. She was wrongfully convicted of murder in Perugia, Italy, in 2009. In 2011 the conviction was overturned, and she was affirmatively found innocent of the charge of murder. In March 2013, the Italian Court of Cassation annulled the acquittal and ordered a new review of the case. Then in March 2015 Italy’s high court overturned the previous convictions and ruled she was innocent. She now lives in Seattle, her hometown. She is committed to helping others who have been wrongfully convicted.