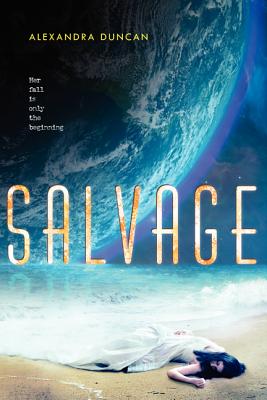 “Salvage is the book I’ve been waiting for—kick-ass, brilliant, feminist science fiction. Watch out, world. Alexandra Duncan has arrived.” — Stephanie Perkins, internationally bestselling author of Anna and the French Kiss and Lola and the Boy Next Door

“Alexandra Duncan’s debut illustrates a richly detailed world that vividly shows a possible future of Earth where society has both regressed and progressed, where the struggles of humanity have become more dire, but where love still remains. Everything—from the world to the characters—felt viscerally real. Original and memorable.” — Beth Revis, author of the nationally best-selling Across the Universe

“Epic in scope and intimate in execution, Salvage is an astonishing debut. Duncan expertly crafts a story of the journey to claim oneself across the infinite expanses of both space and the human heart.” — Kiersten White, author of the New York Times best-selling Paranormalcy trilogy