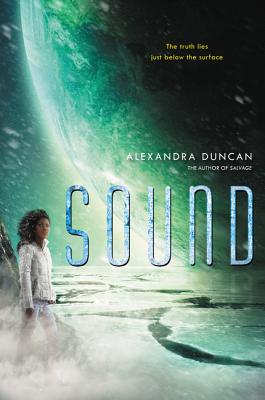 As a child, Ava’s adopted sister, Miyole, watched her mother take to the stars, piloting her own ship from Earth to space making deliveries. Now a teen herself, Miyole is finally living her dream as a research assistant on her very first space voyage. If she plays her cards right, she could even be given permission to conduct her own research and experiments in her habitat lab on the flight home. But when her ship saves a rover that has been viciously attacked by looters and kidnappers, Miyole—along with a rescued rover girl named Cassia—embarks on a mission to rescue Cassia’s abducted brother, changing the course of Miyole’s life forever.

Harrowing, provocative, and literary, Sound begins roughly a decade after the action in the author’s critically acclaimed Salvage and is a powerful stand-alone companion. School Library Journal says Sound “will appeal to readers looking for science fiction with strong female heroines and abundant diversity.”