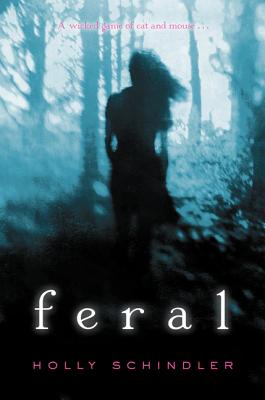 The Lovely Bones meets Black Swan in this haunting psychological thriller with twists and turns that will keep readers guessing until the very last page.

It's too late for you. You're dead. Those words continue to haunt Claire Cain months after she barely survived a brutal beating in Chicago. So when her father is offered a job in another state, Claire is hopeful that getting out will offer her a new start.

But when she arrives in Peculiar, Missouri, Claire feels an overwhelming sense of danger. Her fears are confirmed when she discovers the dead body of a popular high school student in the icy woods behind the school, surrounded by the town's feral cats. Claire knows there's more to this "accident" than meets the eye.

The closer she gets to finding out the truth, the closer she also gets to realizing a frightening reality about herself. . . .

“With back-to-back scenes of exquisitely imagined...real horror, Schindler’s third YA novel hearkens to the uncompromising demands of her debut, A Blue So Dark…This time, the focus is on women’s voices and the consequences they suffer for speaking…A story about reclaiming and healing.”
— Publishers Weekly (starred review)

“In the town of Peculiar, the cats aren’t the only ones keeping secrets… A dark and creepy psychological who-done-it that will keep you guessing until the very end.”
— Jody Casella, author of Thin Space

“Wow! This book starts off with a bang - two of them, actually - and then it sinks its claws into you and never lets go.”
— April Henry, New York Times bestselling author

“The book’s central plot is compellingly created. Effectively eerie... will leave some lingering chills.”
— Bulletin of the Center for Children’s Books

Holly Schindler writes for all ages from her home in Springfield, Missouri. Her YAs are critically acclaimed and award winning, and her Midwest roots often make an appearance in her books for teens. Readers, librarians, teachers, and book groups can keep up with the latest or get in touch at www.hollyschindler.com.