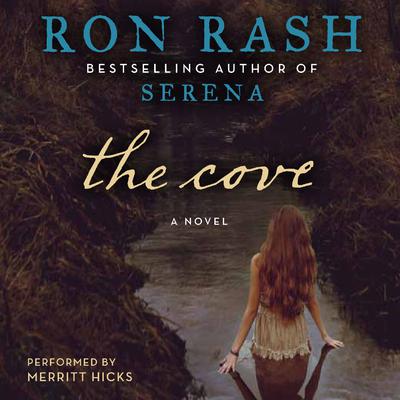 “Laurel Shelton and her brother live in a cove considered by many to be cursed. Crops fail, untimely deaths occur, and little light ever trickles down onto their plot of land. Their lives are largely isolated until Laurel discovers a mysterious and mute stranger playing the flute in the nearby woods. Set during the final months of WWI in the Appalachians of North Carolina, The Cove is a book that reveals the nature of humans to quickly ostracize those not like themselves and how easily people will demonize a group of people amidst the fever of war.”
— Eon Alden, City Lights Bookstore, Sylva, NC
View the List

“Set during World War One, The Cove is a novel that speaks intimately to today’s politics. Beautifully written, tough, raw, uncompromising, entirely new. Ron Rash is a writer’s writer who writes for others.”
—Colum McCann

“Ron Rash is a writer of both the darkly beautiful and the sadly true; The Cove solidifies his reputation as one of our very finest novelists.”
—Richard Russo, Pulitzer Prize-winning author of Empire Falls

Here is a magnificent tale that captures the wondrous beauty of nature and love—and the darkness of superstition and fear—from one of America’s most exciting contemporary novelists. With The Cove, Ron Rash, author of the acclaimed New York Times bestseller Serena, returns to the Appalachian milieu he has previously so memorably evoked. A two-time O. Henry Prize winner for his short fiction—and recipient of the 2010 Frank O’Connor International Story Award and the 2010 SIBA Book Award for his story collection Burning Bright—Rash can expect more honors for The Cove, a novel that brilliantly explores often dangerous notions of patriotism during wartime. This story of a love affair doomed in the rising turmoil of WWI resonates powerfully in today’s world.