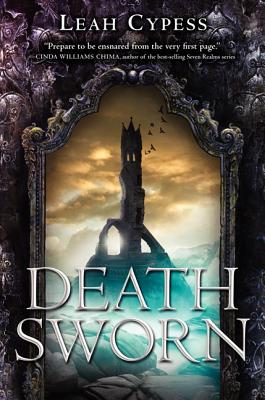 When a young sorceress is exiled to teach magic to a clan of assassins, she will find that secrets can be even deadlier than swords. Teen Vogue proclaimed, "It's impossible not to fall deep into the dark yet alluring world of sorcery and secret assassins." A dangerous and eerie fantasy about murder, shocking discoveries, and fiery star-crossed romance that readers of Cinda Williams Chima and Robin LaFevers won't be able to put down.

Ileni is losing her magic. And that means she's losing everything: her position as the rising star of her people, her purpose in life, and even the young man she loves. Sent to the assassins' cave hidden deep within the mountains, she expects no one will ever hear from her again. The last two sorcerers sent died within weeks of each other. Accidents? Or something more sinister? As Ileni navigates the dangers—both natural and human—of the caves, she'll discover secrets that have been kept for decades. And she'll find an ally in Sorin, the deadly young man who could be the assassins' next leader. With Sorin determined to protect her, sparks—magical and romantic—will fly. But will even he understand the choice she must make in the end?

“[I]t’s impossible not to fall deep into the dark yet alluring world of sorcery and secret assassins.”
— Teen Vogue

“In a striking start to a new series full of magic and murder, Cypess has created a heroine at the intersection of Tamor Pierce’s Alanna and George R. R. Martin’s Arya Stark.”
— Booklist

“A thoughtful exploration of identity and responsibility wrapped in a twisty, suspenseful mystery and set in a gorgeously realized fantasy world.”
— Kirkus Reviews (starred review)

“A dark, atmospheric, murder mystery laced with sorcery, intrigue, and dangerous romance. Prepare to be ensnared from the very first page.”
— Cinda Williams Chima,author of the best-selling Seven Realms series

“Death Sworn is YA fantasy at its finest. Intricate and clever world-building, heart-stopping action, and an unforgettable romance that left me breathless—I adored every single moment and never wanted it to end. This is Leah Cypess’s best book yet!”
— Sarah J. Maas, author of the best-selling Throne of Glass series