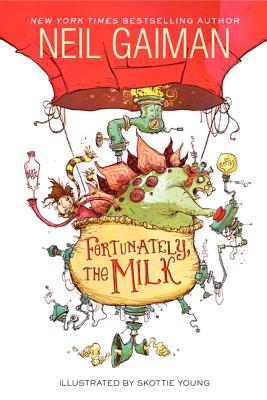 Gaiman knocks it out of the park again with this imaginative story. — School Library Journal

This would also make a wonderful readaloud, but don’t be surprised if the kids insist that it be read in one sitting--and maybe with a side of cookies and milk. — Bulletin of the Center for Children’s Books

“If your kids still allow you to read aloud to them, this book is for you.” — Newsday

“[A]n astounding tale…an absolute delight to read out loud….one part Douglas Adams, one part Doctor Who, and one part The Usual Suspects.” — boingboing.com

“It’s hard not to love a novel that borrows equally from Calvin and Hobbes and The Usual Suspects. If you read only one book this year, a story with dancing dwarfs is always a wise choice.” — Kirkus Reviews