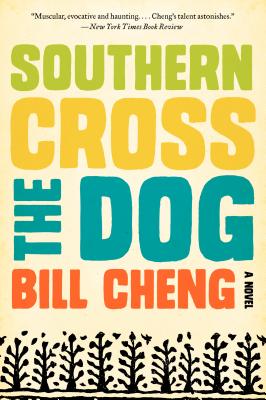 In the tradition of Cormac McCarthy and Flannery O’Connor, Bill Cheng’s Southern Cross the Dog is an epic literary debut in which the bonds between three childhood friends are upended by the Great Mississippi Flood of 1927. In its aftermath, one young man must choose between the lure of the future and the claims of the past.

Having lost virtually everything in the fearsome storm—home, family, first love—Robert Chatham embarks on an odyssey that takes him through the deep South, from the desperation of a refugee camp to the fiery and raucous brothel Hotel Beau-Miel and into the Mississippi hinterland, where he joins a crew hired to clear the swamp and build a dam.

Along his journey he encounters piano-playing hustlers, ne’er-do-well Klansmen, well-intentioned whores, and a family of fur trappers, the L’Etangs, whose very existence is threatened by the swamp-clearing around them. The L’Etang brothers are fierce and wild but there is something soft about their cousin Frankie, possibly the only woman capable of penetrating Robert’s darkest places and overturning his conviction that he’s marked by the devil.

Teeming with language that renders both the savage beauty and complex humanity of our shared past, Southern Cross the Dog is a tour de force that heralds the arrival of a major new voice in fiction.


Praise For Southern Cross the Dog…

“With its evocative settings and rich McCarthyesque language, this Southern gothic packs a punch like a mean drunk.”
— Publishers Weekly (starred review)

“Vividly imagined, frequently poetic. . . . It’s hard to resist the sweep of Southern history . . . the way [Cheng] makes the devil as palpably real as the natural world that he pervades. . . . A strong voice and a compelling achievement.”
— Kirkus Reviews (starred review)

“A novel in the great Southern tradition; think Cormac McCarthy or a 21st-century Faulkner. . . . This book is a winner for lovers of plot; tough, lyrical writing; history; and the trials of the deep South.”
— Library Journal (starred review)

“Lush and so very often poetic. . . . Southern Cross the Dog has large and small echoes of masterful works, but we should not make any mistake—Cheng has carved out his own creative and accomplished path.”
— Edward P. Jones, Pulitzer Prize-winning author of The Known World and All Aunt Hagar's Children

“An incredibly daring and powerful debut. Not only does Bill Cheng set the language on fire in Southern Cross the Dog, but he creates a whole new territory of story-telling. . . . Cheng, almost literally, writes out of his skin.”
— Colum McCann, National Book Award-winning author of Let the Great World Spin

“Fantastic and beautifully written, Southern Cross the Dog is an epic and bluesy throwdown in the Southern tradition.”
— Nathan Englander, author of What We Talk About When We Talk About Anne Frank

“A vibrant world grows from the pages of Southern Cross the Dog and its dynamic mix of language and place. Bill Cheng conjures history with precision and style in his exceptional debut.”
— Ravi Howard, author of Like Trees, Walking

Bill Cheng received a BA in creative writing from Baruch College and is a graduate of Hunter College's MFA program. Born and raised in Queens, New York, he currently lives in Brooklyn with his wife. Southern Cross the Dog is his first novel.