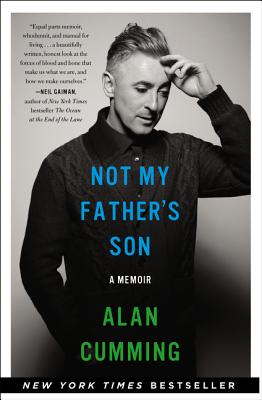 Alan Cumming’s moving memoir NOT MY FATHER’S SON is a beautiful book—sad, funny, haunting, surprising, suspenseful, gut-wrenching, endearing. It will linger inside of you long after you turn the final page.
— Harlan Coben, author of New York Times bestsellers Missing You and Six Years

“Equal parts memoir, whodunnit, and manual for living, NOT MY FATHER’S SON is a beautifully written, honest look at the forces of blood and bone that make us what we are, and how we make ourselves. I was completely sucked in.”
— Neil Gaiman, author of American Gods and Ocean at the End of the Lane