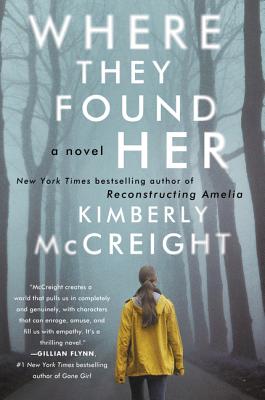 Motherhood hasn’t been easy for Molly Sanderson, and the years since the loss of her second child have been a particular struggle. But six months after moving from New York City to sophisticated Ridgedale, New Jersey, she’s finally enjoying life again, as mother of a five-year-old daughter and fledgling arts reporter for the local paper. But this tenuous stability is threatened when the body of a newborn is found in the woods behind prestigious Ridgedale University and Molly is assigned the story. Over the objections of her increasingly concerned husband, Molly dives into reporting, determined to prove herself by uncovering the truth. What she finds is a decades-old trail of dark secrets that winds through every corner of the town.

“Clever and scary . . . McCreight has her finger on the private school zeitgeist. . .and this disturbing tale will make older readers fondly recall the days when kids got in trouble for passing (print) notes in class.”
— USA Today