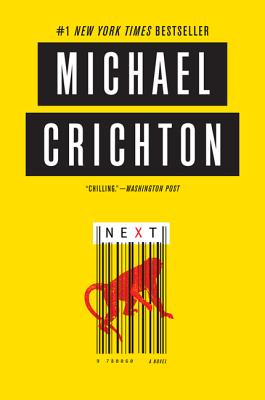 From Michael Crichton, the #1 bestselling author of Jurassic Park and The Andromeda Strain, comes an astounding, eye-opening look at the world of genetics: Next.

Is a loved one missing some body parts? Are blondes becoming extinct? Is everyone at your dinner table of the same species? Humans and chimpanzees differ in only 400 genes; is that why a chimp fetus resembles a human being? And should that worry us? There’s a new genetic cure for drug addiction—is it worse than the disease?

Devilishly clever, Next blends fact and fiction into a breathless tale of a new world where nothing is what it seems, and genetic ownership shatters our assumptions.

Praise For Next: A Novel…