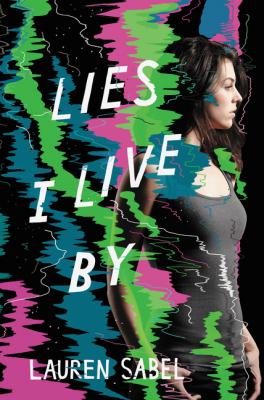 Lies I Live By (Hardcover)

These are the facts: My name is Callie Sinclair. I am seventeen years old. I live in San Francisco. I love my boyfriend, Charlie. I work for a secret governmental agency. I am a psychic spy. This romantic, action-packed twist on the classic spy novel is perfect for fans of Ally Carter’s Embassy Row series or for any reader who enjoys cinematic writing and stories of romance and intrigue.

At seventeen, Callie is the government’s youngest psychic spy, trained to track dangerous people and weapons in her visions. When another young—and handsome and witty—psychic joins the agency, Callie’s personal and professional lives get messy all at once. If she can’t find a way to change the events she’s seen in her visions, she could lose the people she loves most . . . and her mind. Literally.

Richly painted against the backdrop of San Francisco and Berkeley, Lauren Sabel’s enthralling novel captures the thrill of exploring a unique power in a dangerous world.

Lauren Sabel has a master's degree in creative writing from Naropa University and currently teaches college writing courses online. She has lived in Rome, New York, San Francisco, Chicago, and London and currently resides with her husband in Boulder, Colorado.


Praise For Lies I Live By…

“Sabel delivers a novel combining teen romance and espionage, with a touch of the supernatural. Appealing characters merge seamlessly into a strong plot that captures readers early on and doesn’t let go until the very last chapter.”
— Kirkus Reviews

“An X-Men-James Bond hybrid that ought to satisfy fans of high-concept mysteries.”
— Booklist

Praise for Lauren Sabel’s VIVIAN DIVINE IS DEAD: “Sabel keeps the focus on action and does it well...Good, escapist entertainment.”
— Kirkus Reviews

Praise for Lauren Sabel’s VIVIAN DIVINE IS DEAD: “There are thrills and chills, both scary and romantic, as Vivian finds out the truth behind the glossy lies and falls for a darkly handsome stranger. The danger piles on fast and hard and feels real and chilling.”
— ALA Booklist
or
Not Currently Available for Direct Purchase
Copyright © 2020 American Booksellers Association