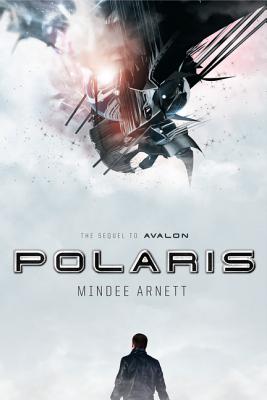 Jeth Seagrave and his crew of mercenaries are pulled into one last high-stakes mission in this breathtaking sequel to Mindee Arnett’s Avalon, which SLJ called, in a starred review, “an exciting piece of science fiction that keeps up its energy from beginning to end.”

Jeth Seagrave and his crew are on the run. The ITA, still holding Jeth’s mother in a remote research lab, is now intent on acquiring the metatech secrets Jeth’s sister Cora carries inside her DNA, and Jeth is desperate to find the resources he needs to rescue his mother and start a new life outside the Confederation. But the ITA is just as desperate, and Jeth soon finds himself pursued by a mysterious figure hell-bent on capturing him and his crew—dead or alive.

With nowhere to run and only one play left, Jeth enters into a bargain with the last person he ever thought he’d see again: Daxton Price, the galaxy’s newest and most fearsome crime lord. Dax promises to help Jeth, but his help will only come at a price—a price that could mean sacrificing everything Jeth has fought for until now.