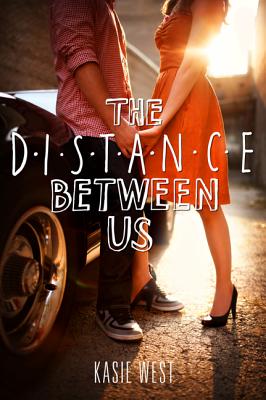 Seventeen-year-old Caymen Meyers learned early that the rich are not to be trusted. And after years of studying them from behind the cash register of her mom's porcelain-doll shop, she has seen nothing to prove otherwise. Enter Xander Spence—he's tall, handsome, and oozing rich. Despite his charming ways and the fact that he seems to be one of the first people who actually gets her, she's smart enough to know his interest won't last. Because if there's one thing she's learned from her mother's warnings, it's that the rich have a short attention span. But just when Xander's loyalty and attentiveness are about to convince Caymen that being rich isn't a character flaw, she finds out that money is a much bigger part of their relationship than she'd ever realized. With so many obstacles standing in their way, can she close the distance between them?


Praise For The Distance Between Us…

“THE DISTANCE BETWEEN US shines! This book is rich with sparkling dialogue, clever wit and sweet romance.” — Daisy Whitney, author of THE MOCKINGBIRDS and WHEN YOU WERE HERE

“An antidote to dystopian and post–apocalyptic fiction, this Cinderella story is sweet and hopeful.” — Kirkus Reviews

The charming story is beautifully written, and the characters are well developed.…West’s novel is sweet and captivating. — School Library Journal

Praise for PIVOT POINT: “PIVOT POINT is at once tense and romantic, challenging and engaging. It’s a truly remarkable debut.” — Robison Wells, author of VARIANT

Praise for PIVOT POINT: “With superb storytelling, a masterful blend of paranormal and normal, a helping of wit and humor, and a mouthwatering romance, PIVOT POINT is one of the most delicious books I’ve read.” — Elana Johnson, author of POSSESSION

Kasie West lives with her family in central California, where the heat tries to kill her with its 115-degree stretches. She graduated from Fresno State University with a BA degree that has nothing to do with writing. Visit her online at www.kasiewest.com.