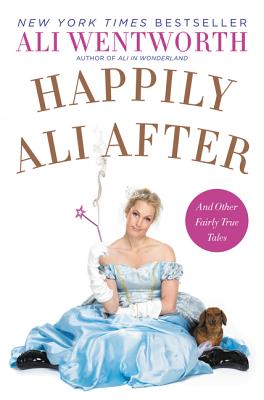 
Praise For Happily Ali After: And Other Fairly True Tales…

“Hilarious…. Her glass isn’t half full—it’s ‘empty and cracked.’” — Entertainment Weekly (the Must List)

“Hilarious....the sort of book you’ll read through in a single sitting: It’s light, laugh out loud, and heartfelt, with plenty of moments that will resonate with women everywhere.” — Gwyneth Paltrow, Goop

“Irresistible.... She is sharply observant and incisively funny.... Readers who like Nora Ephron and Laurie Notaro won’t want to miss Wentworth. Reading this book is like sitting with a best girlfriend—how fitting it is that Wentworth dedicated it to all of hers.” — Library Journal

“Wentworth is funny. She gracefully and elegantly bares embarrassing stories from her past and hilariously conveys the challenges of her marriage ... and of raising their two children..... With wit, the author may inspire others to simply enjoy the moment and not let themselves get in the way.” — Kirkus