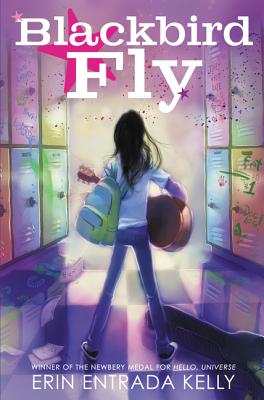 Future rock star or friendless misfit? That’s no choice at all. In this acclaimed novel by Newbery Medalist Erin Entrada Kelly, twelve-year-old Apple grapples with being different; with friends and backstabbers; and with following her dreams.

Apple has always felt a little different from her classmates. She and her mother moved to Louisiana from the Philippines when she was little, and her mother still cooks Filipino foods and chastises Apple for becoming “too American.” When Apple’s friends turn on her and everything about her life starts to seem weird and embarrassing, Apple turns to music. If she can just save enough to buy a guitar and learn to play, maybe she can change herself. It might be the music that saves her . . . or it might be her two new friends, who show her how special she really is.

Erin Entrada Kelly deftly brings Apple’s conflicted emotions to the page in her debut novel about family, friendship, popularity, and going your own way. “A must-read for those kids cringing at their own identities.”—Bulletin of the Center for Children’s Books.

“Each character in Kelly’s debut novel . . . is portrayed with remarkable authenticity. The awkwardness and intense feelings inherent to middle school are palpable. Children’s literature has been waiting for Apple Yengko—a strong, Asian-American girl whose ethnic identity simultaneously complicates and enriches her life.” — Kirkus Reviews (starred review)

“Will resonate with any student in middle school who has felt different and ostracized. The author has skillfully captured the various characters that populate Apple’s . . . school.” — School Library Journal (starred review)

“[A] delightful debut . . . What sets Kelly’s book apart is the combination of a quirky narrator and details about living in a first-generation Filipino American household. . . . Through her love of music . . . Apple starts to soar like the eponymous blackbird of her favorite Beatles song.” — Los Angeles Times Book Review

“A smart, sensitive, and resilient heroine who is authentic and relatable in her strengths and imperfections. This poignant novel would make for a particularly fine readaloud; expect visceral reactions . . . This is a must-read for those kids cringing at their own identities.” — Bulletin of the Center for Children’s Books

“Kelly skillfully weaves together the story of misfit Apple, her love of music, and a budding romance with a new boy at school, while never losing focus on the central issue of what it is like to be the ‘other.’” — Booklist